“Total respect for the natural elements guided the design of a villa that offers its inhabitants a double life: in the open air or within welcoming walls.”

“I examined the site”, says Ponis, describing his project for this house on the Punta Sardegna coast, “and I discovered that between the rocks there were open spaces of various shapes already arranged so that it would be possible to make a sort of open gallery all around the central building: all it took was some handiwork to complete the design that nature had already sketched out.” The homeowners took an active part in this project, constantly in touch with both the architect and the contractors. Filigheddu Costruzioni skilfully managed this relationship, involving the homeowners and the architect in some bold adventures. Although respect for the site’s morphological features – its plants, boulders, gradients – seems to be a concern of all the designers working in this area, Ponis’s approach comes across as the most radical. His is a very strict form of respect that does not allow artificial elements to be introduced or boulders and plants to be repositioned. This house, for example, goes around the natural obstacles and communes perfectly with the bushes and granite boulders found on the site. The entrance was dimensioned around a rock; and the pool owes its shape to the space left free between granite formations and the oleasters, junipers, and Phillyrea shrubs that surround it. What might have seemed a limitation instead found a striking solution, the beauty of which is especially apparent when observing from the house the reflections of the surface of the freshwater pool, and not very far beyond, those of the sea. This approach, of course, entails very close collaboration on the part of the contractors, and a careful supervision of the construction site, and therefore being economical in the use of machinery and manoeuvring areas, in order to avoid what happens most of the time: that the new structure rises in what looks like a battleground. It is worth pointing out a few of the features that distinguish the building. The materials: all simple and indigenous. The terracotta, used in the flooring both inside and out, has wood edging on the flight of steps descending to the pool. It is a material that because of its colouring fits in well with the granite, but required meticulous work in joining it with the site’s stones. The wood is chestnut for the beams and the columns of the gallery, teak for the boardwalk leading from the gallery to the terrace with the bedrooms. The walls, slightly off-plumb below and rounded off where they meet the ceilings, are further softened by the warm tones of the plaster tinted in the mix. Another detail that contributes to softening the structure is the designer’s decision to “sink” a portion of the beams in the plaster: thus, the wood seems to spring from the walls, losing any rigidity. The decision to give gentle contours to the structure, however, manages to avoid overly expressive excess; it is rather functional in imparting a very natural look, as if it had grown together with the vegetation, crouching among the rocks, open to the sea. At all times and for every occasion, the house offers its inhabitants the option of living indoors or out, since the rooms under the gallery and the others inside flow into one another in a single sequence, without interruption. The living spaces are thus doubled, and they are harmoniously integrated. 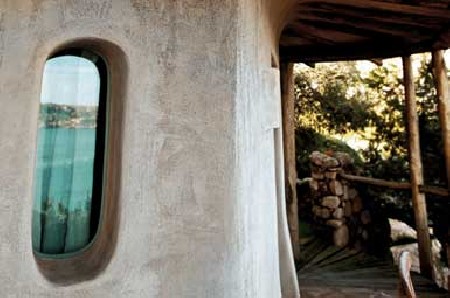 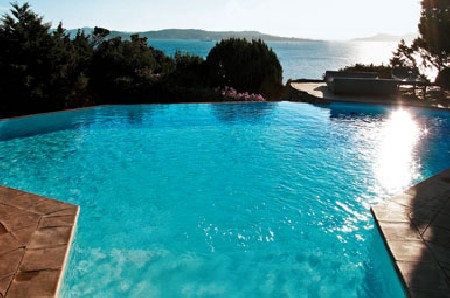 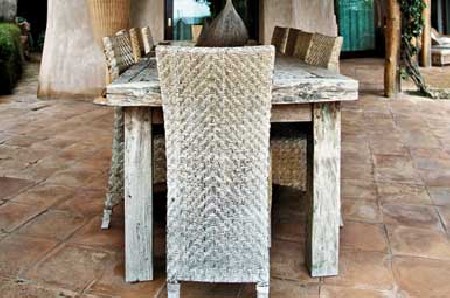 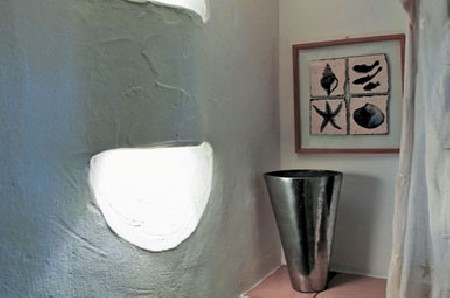 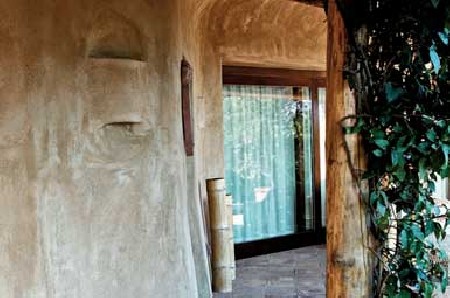 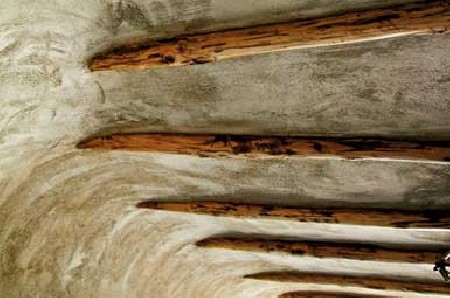 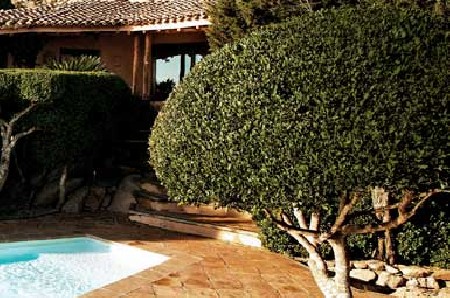 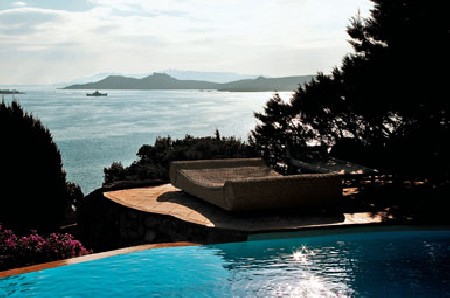 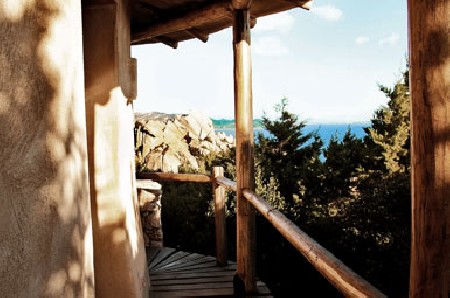 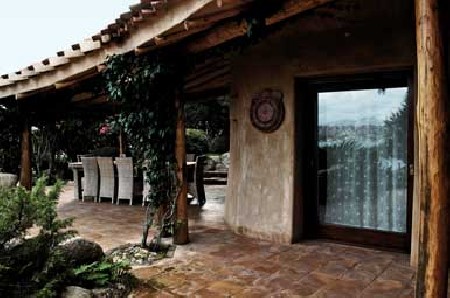